“Each person enters the world “called,” like an oak tree, to fulfill their  soul’s agenda.“ 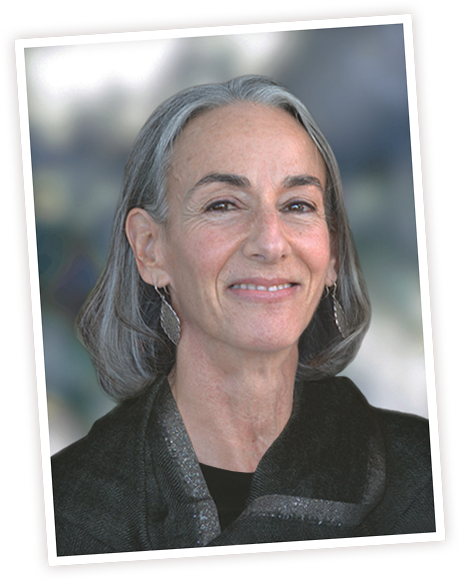 Carol Marks, MA, LMFT, SEP is a Jungian-oriented, somatic psychotherapist and a seasoned sojourner on the path towards wholeness. For over 30 years she has accompanied her clients on their own heroic quests of healing, growth, and transformation as a body-mind hypnotherapist and as a licensed marriage and family therapist in the state of California (LMFT #90548).

Carol serves as a midwife of the soul. After effectuating her own healing by way of a 45-year odyssey through many psychospiritual, somatic, healing, and wisdom traditions, and an initiatory dark night of the soul, her work deepened into an openly soul centered approach.

Carol has a gift for synthesizing ancient wisdom with insights and knowledge gathered from various domains: neurobiology, psychology, somatic, western poetic, mythic, shamanic, and eastern spiritual traditions. Her distinctive, unusual educational background began following an early high school graduation when she traveled to Europe and became a teacher of Transcendental Meditation® prior to attending the University of Michigan in Ann Arbor. She then completed her Bachelor of Arts at Maharishi International University in Fairfield, Iowa.

After travel to India, and over four decades of extensive exploration and trainings in many psychospiritual, somatic, healing, and wisdom traditions, including 20 years as a body-mind therapist in private practice, she then completed her Masters in Counseling Psychology at Pacifica Graduate Institute in Carpinteria, CA. Subsequently, she trained at the C. G. Jung Institute of Los Angeles and became a licensed marriage and family therapist in 2015 after working as a psychotherapist since 2011. She then continued her Jungian studies and certified as an advanced dream pattern analyst with the Assisi Institute: International Center for the Study of Archetypal Patterns. She also holds certifications as a Somatic Experiencing® Practitioner, a Somatic Experiencing® Touch Skills therapist, a clinical hypnotherapist, a certified Aware Parenting instructor, a teacher of Transcendental Meditation® and is currently finishing her certification in facilitating Stan Grof’s Holotropic Breathwork®.

Carol pays homage to all of her teachers, and in particular, for the great privilege to have had over ten years of personal mentorship with two renowned somatic experts: the late Reichian psychiatrist Dr. Carol Stoll and Dr. Peter Levine the founder of Somatic Experiencing® . Carol has assisted Dr. Levine in his master classes and participated in all of his post graduate trainings including Eye of the Needle: Working with Near Death States. For a decade, she had the unique privilege to personally work with Dr. Levine and to witness his work with clients in an abundance of settings.

A personal note from Carol: I spent my childhood roaming and exploring the woods 45 minutes north of Manhattan and relishing lazy summers at the ocean, barefoot on Fire Island, discovering the magic of nature. As a teen, my fascinations with nature expanded to encompass explorations of psyche: body, mind, and soul. My purpose has always been and still is to discover truth and meaning in life, as well as what it means to be fully alive.

I now have roots near the ocean in Pacific Palisades, California where I tend to my life with my husband, Wally, of 25 years and also enjoy the proximity of our beloved adult son who resides in Los Angeles.

“Carol is a modem day Shaman. Working with her has been a healing and transformative experience. She provides a nurturing and safe space that allows uncomfortable unconscious material to emerge and to be processed with gentle ease.

I am always in awe of her sensitive awareness of the inner blocks, fear, pain and discomfort that reside in my body. While holding space for me, she gently guides me through these challenging and often painful emotions to the other side, into a clear awareness in which I am able to be the witness and observe with clarity.

There is a palpable alchemy that takes place between us in our sessions. I feel transported to another state of being. The energy in the room shifts and I feel as though I’m wrapped in a warm blanket of peace and grace.

I will forever cherish my time spent with Carol, for her loving and deeply compassionate nature, her guidance, her teachings, and the transformational healing that took place in our sessions.“